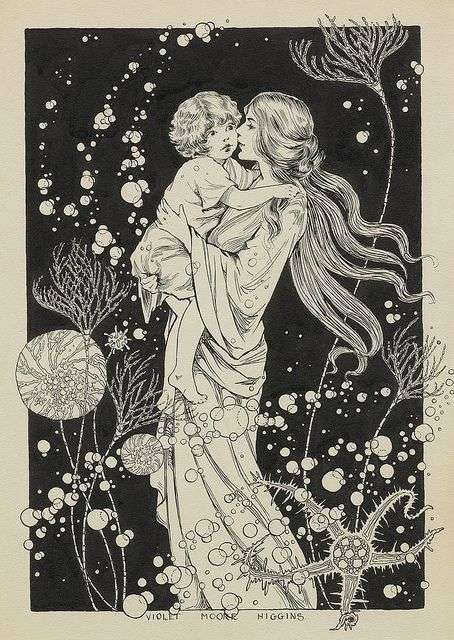 This precognitive prophetic dream predicts birth of the mothers child was a predictive dream of a mother and child comes true, proof we are more than what we experience every day. You have freedom of choice, but life has a plan.

In September of 1977, I had surgery to remove an ovary. Back then, anesthetics lingered in your body longer than they do today, so I spent the week recuperating at home, enjoying the deep sleep I got from the residual anesthetic. On Saturday night at the end of that week, I had a highly detailed predictive dream about a woman named Susan, who worked as an accountant where I did, but whom I did not know well. In fact, I’d only been at that new job for two weeks when I had my surgery, so I’d really only just met her.

The dream was realistic, as if I were viewing a movie on a wide screen. I saw Susan with her newborn son. His name was Andrew David; he had curly blonde hair. I watched as she changed his diaper, and spoke softly to him for a few minutes, as he lay on her bed. I very clearly saw details of her home, observing things like the sheer yellow curtains in her bedroom, waving in the breeze and sunlight, and tall wooden armoires on either side of her bed. Then I knew this scene was predictive of the future, in May of the coming spring.

In the corner of my left eye, I saw movement on the street outside Susan’s front door. I heard her door bell ring, watched her answer it with baby Andrew in her arms. At this point, I ‘flew’ above her at ceiling height for a closer view, observing more of the home’s layout and furnishings. She let in two of our coworkers, Bertha and Maria. They worked in Finance, Susan’s department, and had brought gifts for the baby from our coworkers. They went into Susan’s bedroom, chatted, and played with Andrew, while Susan unwrapped the gifts. I made a few attempts to speak to them, but they did not acknowledge me. As I realized they couldn’t hear me, I awoke from my dream. But, I remembered details of the experience, including the layout and furnishings of Susan’s house.

Monday morning back in the office, I cornered Susan in the break room and glibly recited my dream to her. I first drew out the floor plan of her home, master bedroom, living and dining rooms, front entry, and doorway to the kitchen, with details, like her living room carpet color and style (dark blue and green mixed shag), and that her dining room furniture was white French Provincial. Then I told her about the baby, and the two visiting coworkers who brought gifts that included a fold-able baby pram/stroller awkwardly wrapped in gift paper.

Susan was positively impressed by my dream of her house. The details where correct – layout , colors, curtains, placement of furniture, plus the two new armoires she’d just purchased that past weekend. She said she had no children, however, and then abruptly walked away, appearing a bit annoyed. I felt embarrassed for having so enthusiastically told her my dream. This was without thinking of potential repercussions. Perhaps my dream was not so predictive, after all. Our paths didn’t cross during that week, which was a relief for me.

Until that Friday, when Susan came into my office, sat down, and proceeded to ‘confess’ that she DID know about the baby in my dream. She had just learned that Saturday (the day of my dream) she was pregnant. She had called her boss at home on Sunday to inform her of the pregnancy. In the USA in 1977, pregnant women could legally be let go from a job, and she wanted to wait to inform upper management on her own time. After I had told her of my dream on Monday, Susan worried her boss had blabbed to coworkers about her pregnancy, and that I had told her my ‘baby dream story’ as an odd practical joke. She was rightly concerned she could lose her job if senior management discovered she was pregnant.

Susan then confirmed details I’d related from the predictive dream about the baby. Were it a boy, the baby’s name would be either Andrew David or David Andrew, depending upon who won the little argument she and her husband were having about who’s father’s name would come first. It was a given those two coworkers would visit her after she had a baby, because she would quit work, and they were good friends of hers. It was quite likely the infant would be a curly-haired blonde, as both she and her husband were blondes, and she had naturally curly hair. So, there was great potential for my dream predictions to come true.

Back to the Future 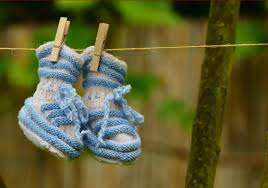 Six months later, in March, I left that company for another job. Susan had baby Andrew David that May. I learned from one of those two visiting coworkers that they went together to see Susan and Andrew. They brought the gifts I’d seen them carry into the house in my dream, including a poorly gift-wrapped pram/stroller. I was not invited, thus I was unable to speak to them during that visit, just as happened in my predictive dream.

What Does it All Mean?

This predictive dream was unusual because it involved someone I barely knew. It was highly detailed, felt very real. It was obviously was a BIG lesson for me, and perhaps also for Susan, Bertha and Maria. There is much more to life than we see every day. That dream convinced me there absolutely is a Higher Power, and that our lives have a plan. I KNOW we are spirits on the physical plane, here to learn ‘lessons’ from life experiences, and we interact with the people we meet because we are supposed to do so according to a plan. 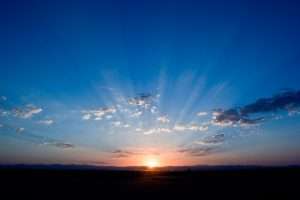 Yes, we have free will, but different pathways will ultimately take us to the same life lesson outcomes. There are events to which we must be exposed, in order to learn the lessons our souls require to evolve and grow. Our goals on Earth are self-discovery, self-growth, and self-mastery through service to others. The School of Life is not always easy, so, try to create as much joy as you can for yourself and others, for everyone’s greatest good. We are all in this ‘together’.

For more information on predictive dreams, see this page: Are Precognitive Dreams Real?

Numerology and Your Life – What it is and How to...

Simple Ways to Change Up Your Exercise Routine

Disconnected? Four Ways to Connect to Your Oracle Cards

Five Easy Ways to Welcome in the Positive

Welcome in a New Season – New Age Tools for Transitional...

Complete Crystal Healing Guide – What to Do During a Session