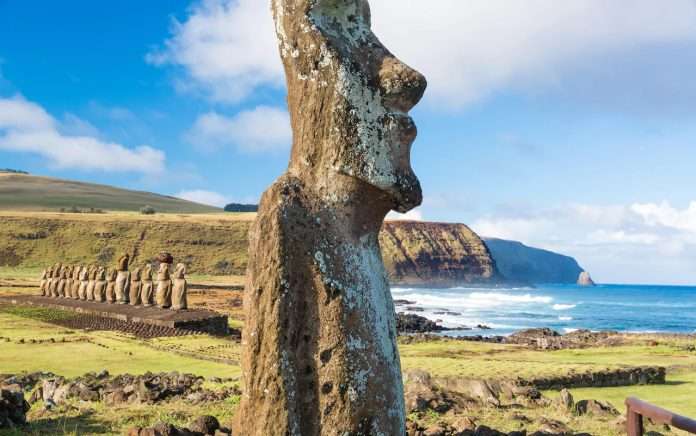 The 10 Most Significant and Sacred Spiritual Places on Earth 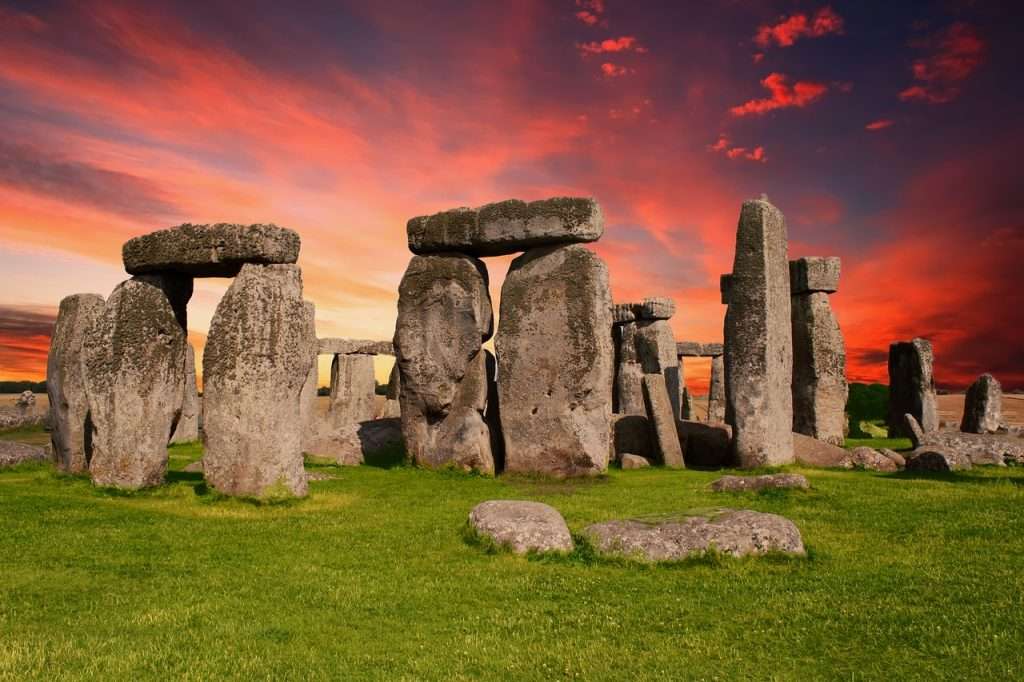 Stonehenge set in the English county of Wiltshire near Amesbury, 9 miles from Salisbury and is a legendary neolithic monument and ranks highly in spiritual places to visit. The stones are as heavy as 22 tons, and were transported from Wales, including an alter stone. Its original use and purpose is still unknown. Although there are many theories. One is that it might be a calender, that could be related to the Sun, Moon and Stars.

Another is that it might of been used as a talisman for good luck, to bring protection and for healing purposes. It was built over a long period in stages from 2500 BC. In the modern day, it is a great attraction, that draws many new age and druid followers. Who go there to celebrate the summer solstice in particular, but also the winter solstice, when people are allowed to go among the stones. Most days it is not possible to touch the stones, unless it is in the 1 hour period allowed, and then only 26 people are allowed to enter. 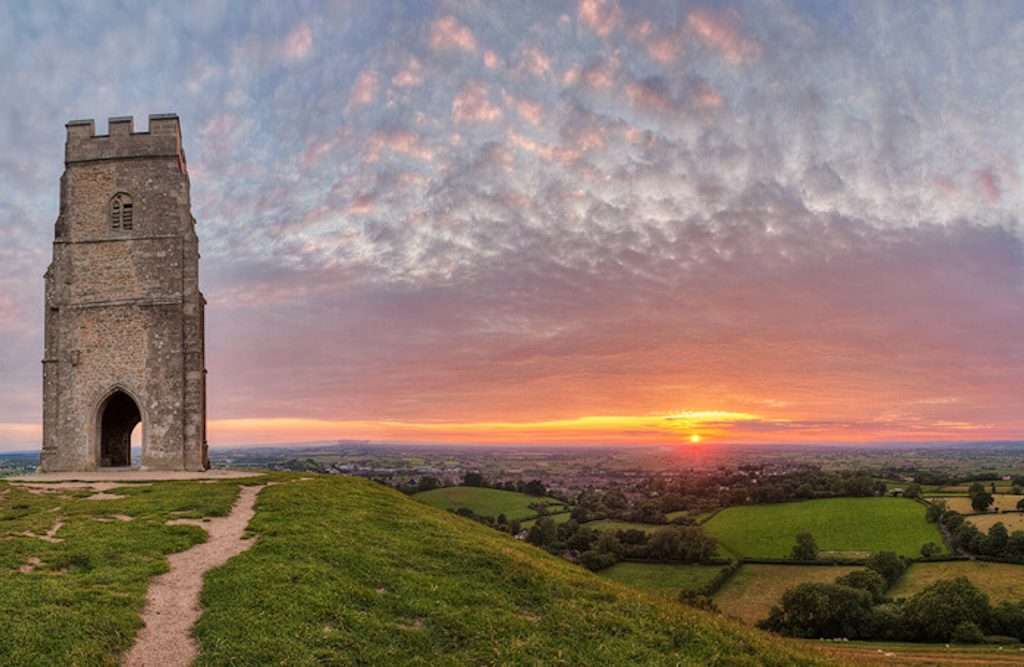 Glastonbury Tor is a hill near the town of Glastonbury. Set in the English county of Somerset, topped by the roofless St Michael’s Tower. The top of the tor was leveled and a large church was built. It was later destroyed by an earth quake. Then a smaller church was then build, and the tower is the remains of that. The tower has a religious history with evidence of Pagan and early Christian settlements. It is possible to see many miles in all directions from the tower. The conical shape of Glastonbury Tor is natural and was a island when Somerset was flooded, before drainage was added. The terracing on the hillside has been dated to Neolithic times, around the same time as when Stonehenge was constructed. 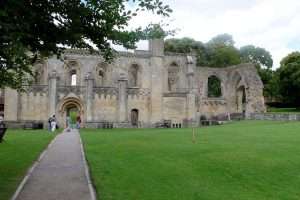 Glastonbury Abbey was a monastery built in the 7th century and enlarged in the 10th century. The abbey is situated in the town of Glastonbury, and is just over a mile away from the tor. The abbey has been associated with the legend of King Arthur. The alleged remains of his tome are there, as they were destroyed. It is believed his remains were moved within the abbey grounds. Glastonbury is consider to be the spiritual heart of England. It attracts many tourists and spiritual groups who visit, of which some hold seminars and such like. The town itself has a wonderful feeling and vibration to it and ranks high in spiritual places to visit. 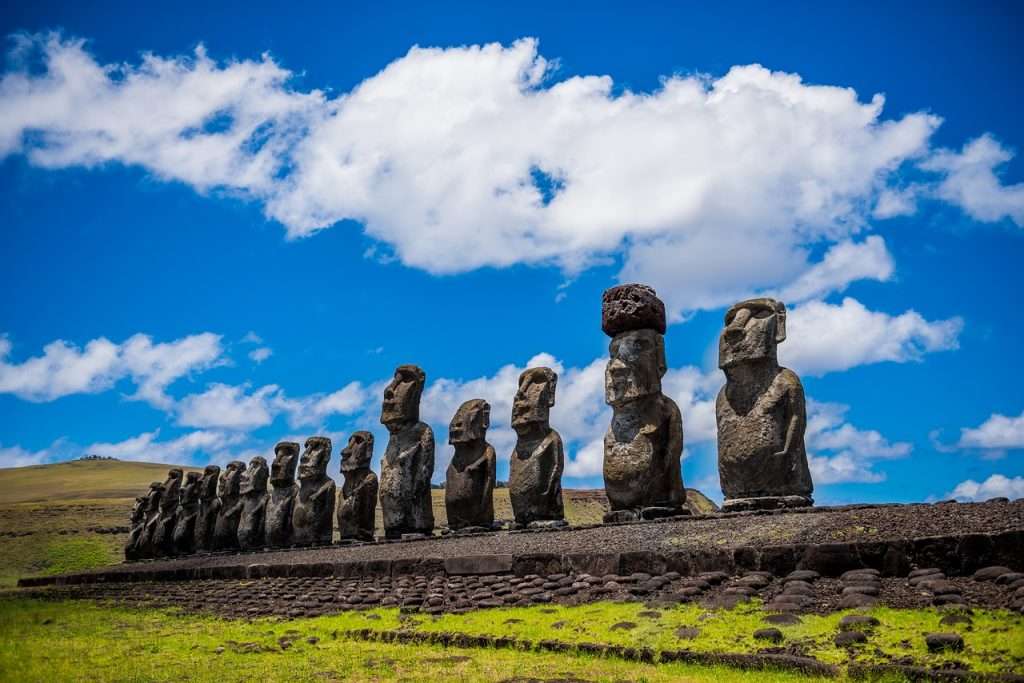 Easter Island – Rapa Nui is a Polynesian island located in the southern Pacific Ocean. The Island is famous for it’s stone head statues called Moai. The heads are disproportionately large compared to the body size. Hence why they are called the Easter Island heads. The Easter Island Moai, are carved from solidified volcanic ash of Rano Raraku volcano. These are monolithic carvings created in one piece. On average they weigh 20 tons and are at least 20 feet tall. They sit on stone platforms called ahu around the islands perimeter. They date back some 1250 to 1500 years old. There are 900 megalithic statues called moai in all, believed to be the carved faces of their ancestors. 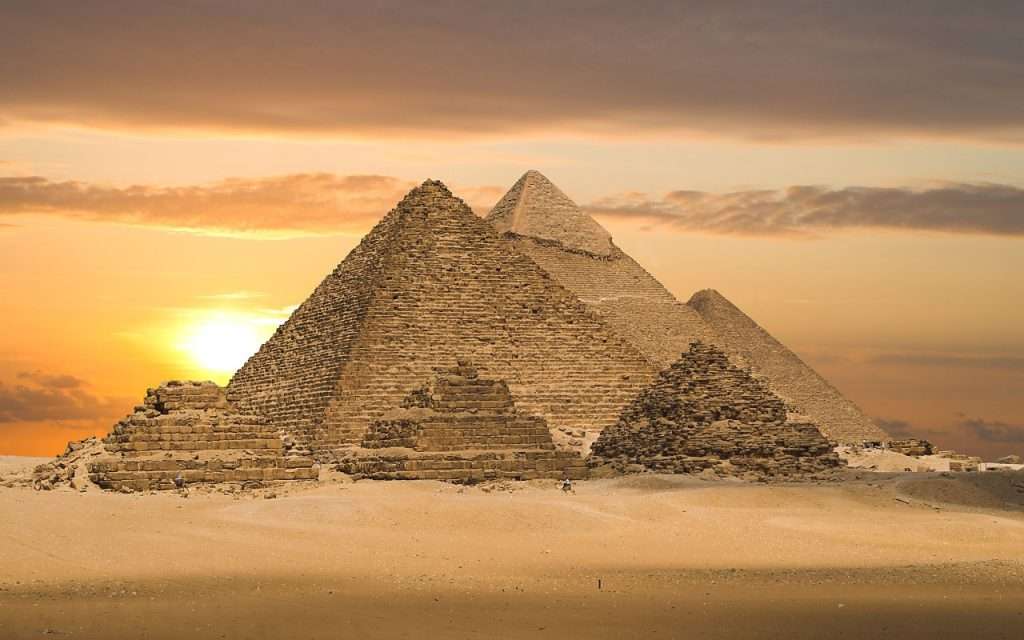 The Great Pyramid of Giza, also called the Pyramid of Khufu or the Pyramid of Cheops, is the oldest and largest of the three pyramids at Giza. Located at El Giza, Egypt. The Great Pyramid is of the oldest of the Seven Wonders of the Ancient World, and it is largely still intact. The pyramid was built in the fourth Egyptian dynasty in the rain of Pharaoh Khufu. It took 10 to 20 years to build, around 2560 BC. It stands 146.5 meters or 481 feet tall. The pyramid was the tallest man made structure in the world for 3,800 years. Originally covered in limestone to give it a smooth surface. This has now worn away to reveal the underlaying core stone. It is believed the huge stones were quarried and then dragged and lifted into place.

There are three known chambers that reside inside the Great Pyramid. The lowest chamber is cut deeply into the bedrock, upon which the pyramid stands and was unfinished. This was called the Queens Chamber. The Kings Chamber is higher up within the pyramid. There are three smaller pyramids for Khufu’s wives. There is a raised causeway connecting the two temples, of the small mastaba tombs around the pyramid for nobles. 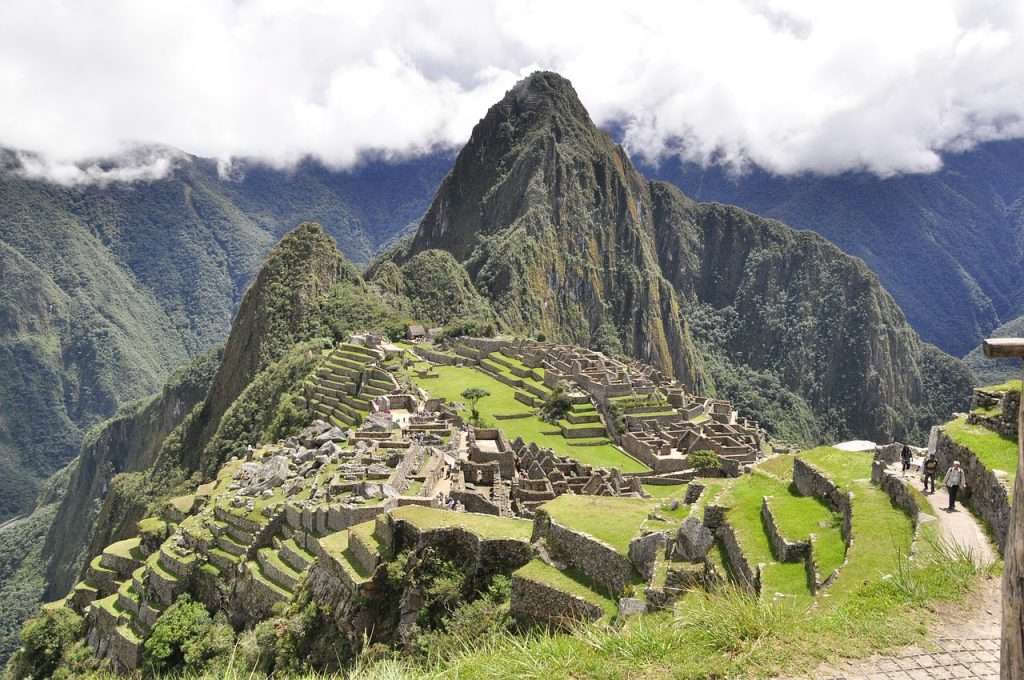 Machu Picchu is a 15th century Inca citadel. It is located in the Eastern Cordillera of southern Peru, in the Cusco Region, Urubamba Province of the Machupicchu District. The  mountain stands on a mountain ridge that is 2,430 metres or 7,970 ft above sea level. Situated above the sacred valley, through which the Urubamba River flows. The river cuts through the Cordillera and created a canyon, that has a tropical climate. Archaeologists believe that Machu Picchu was constructed for the Inca emperor Pachacuti. This was around 1438–1472. It has been called “The Lost City of the Incas”

The Incas abandoned it a century later, at the time of the Spanish Conquest. Machu Picchu was built in the classic Inca style, and has polished dry stone walls, that locked together and into place. There are three primary structures, the Intihuatana, which are temples of the Sun, the Room of the Three Windows. Then there are outlying buildings, which have been reconstructed for tourists to enjoy, and give it, its original appearance. This was done in the mid 1970’s and is still continuing. 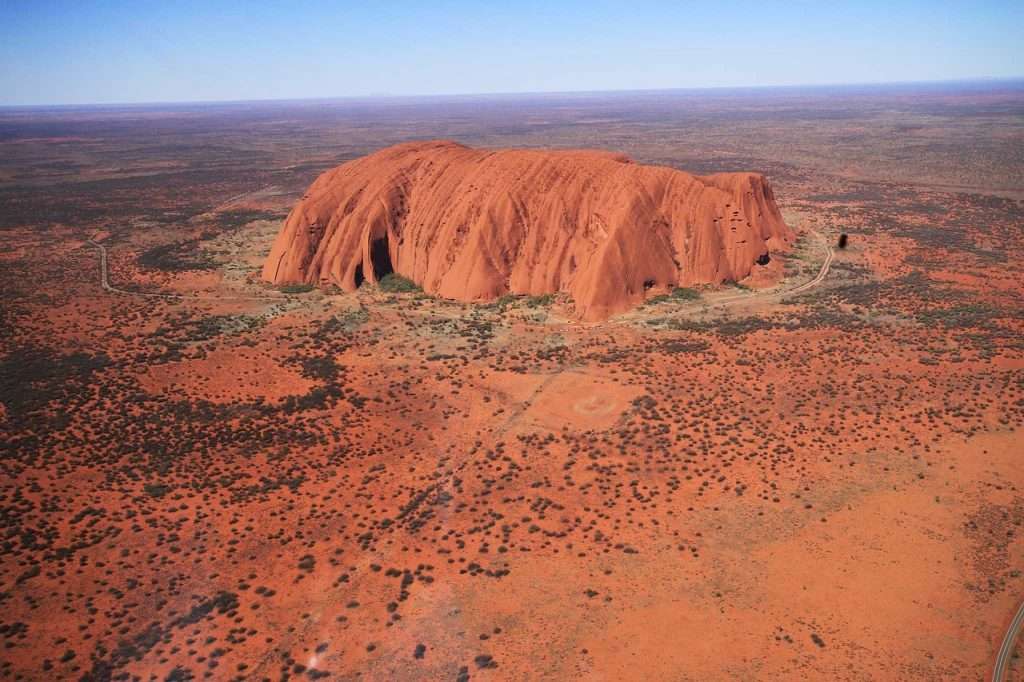 Uluru – Ayers Rock found in the Uluṟu-Kata Tjuṯa National Park. In the Northern Territory of Australia, is a large sandstone rock formation in central Australia. Uluru is very sacred to the Pitjantjatjara Anangu, who are the Aboriginal people of the area. There are an abundance of springs, and waterholes all around it. Within the rock, there are ancient cave paintings. Uluru and Kata Tjuta, are known as the Olgas, and are the two most prominent features, in the Uluṟu-Kata Tjuṯa National Park.

The local Anangu, Pitjantjatjara people, call the landmark Uluṟu. On 19 July 1873, a surveyor William Gosse saw the landmark, and gave it the name Ayers Rock. This was in honor of the then Chief Secretary of South Australia, Sir Henry Ayers. Both names are now used. The sandstone formation stands 348 m or 1,142 ft high, and is 863 m or 2,831 ft above sea level, with most of its bulk lying underground. It has a total circumference of 9.4 km or 5.8 miles. 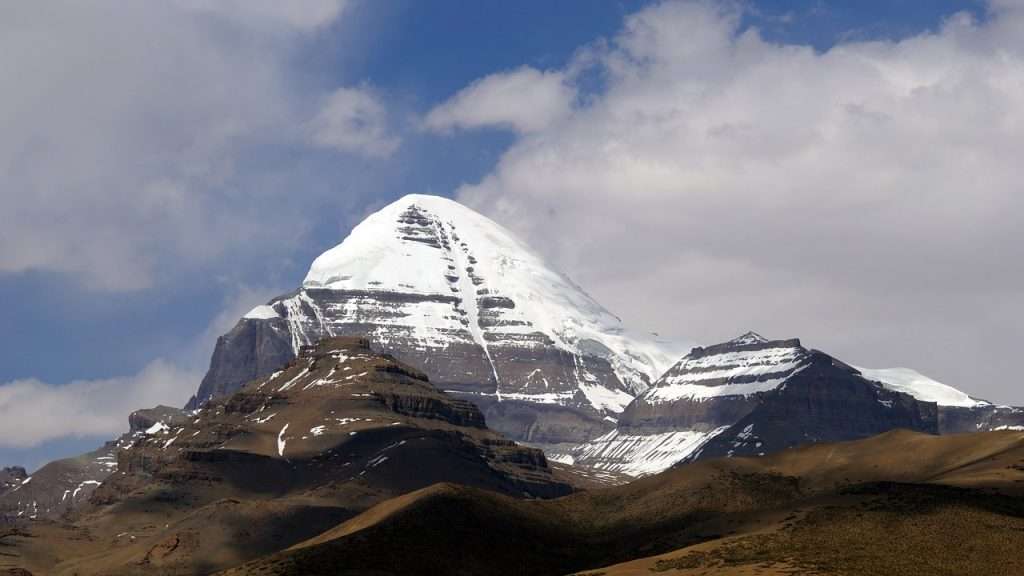 Mount Kailash also known as Mount Kailasa or Gang Rinpoche in Tibetan. It is a 6,638 m or 21,778 ft high. It lays in the Kailash Range of Gangdisê Mountains. The mountain is located near Lake Manasarovar and Lake Rakshastal. These lakes are the source of some of the longest rivers in Asia. Those being the Indus, Sutlej, Brahmaputra, and Karnali and Ghaghara, which is a tributary of the Ganges in India. Mount Kailash is sacred in four religions: Bon, Buddhism, Hinduism and Jainism.

Every year, thousands make a pilgrimage to Kailash, and following traditions dating back thousands of years. Pilgrims from several religions believe, that walking around Mount Kailash on foot is a holy tradition and ritual that brings good fortune. This is made in a clockwise direction by Hindus and Buddhists. The Jains and Bönpos go in a counterclockwise direction. 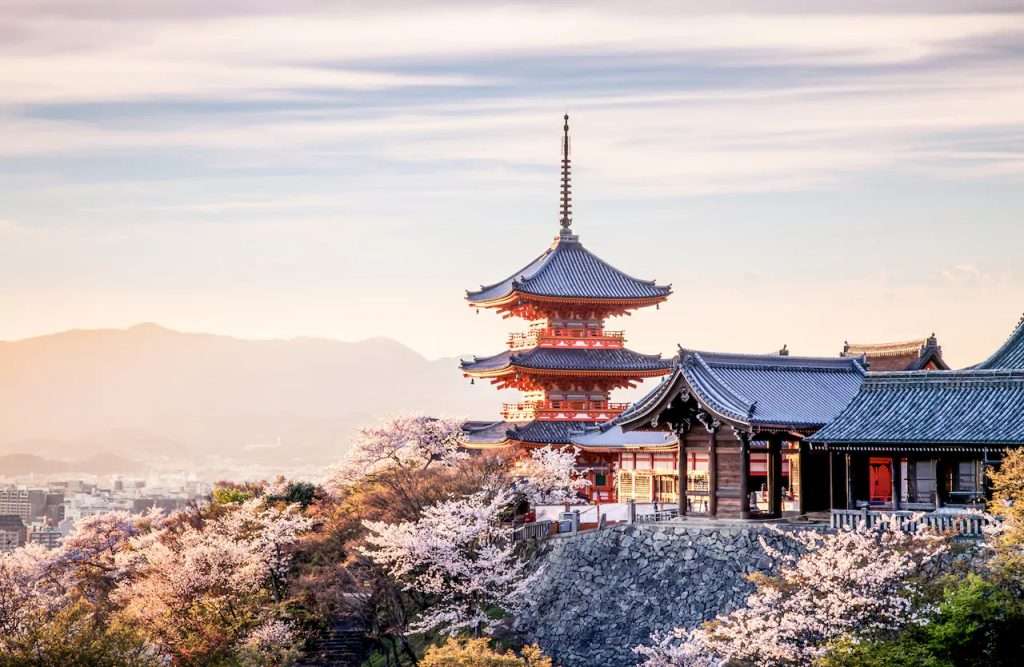 Sensō-ji is an ancient Buddhist temple located in Asakusa, Tokyo, Japan. Sensō-ji is Tokyo’s oldest temple, and it is one of the most significant. It was formerly associated the the Tendai Buddhist sect, and after World War II it became independent. Next door to the temple is a five story pagoda, which is a Shinto shrine, called the Asakusa Shrine. The Senso-ji Kannon temple is devoted to Kannon Bosatsu, the Bodhisattva of compassion. It is the most widely used and visited spiritual site in the world, and has 30 million visitors each year. The Sensō-ji ranks in the top 10 temples in Japan. 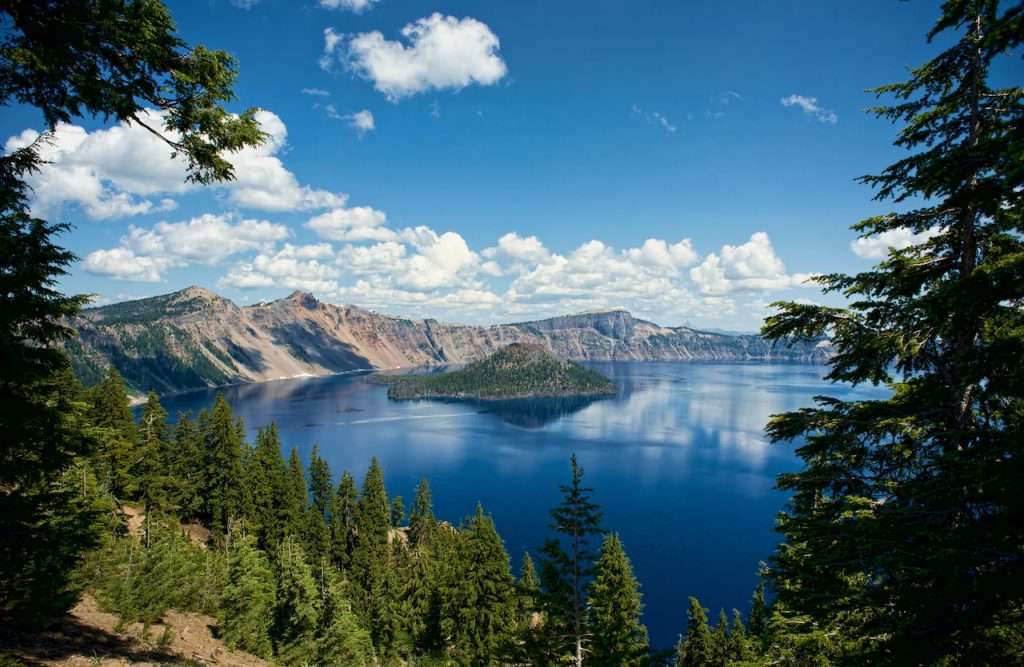 Crater Lake is a crater lake in south central Oregon in the western United States. It is part of Crater Lake National Park and the main feature. It is famous for its deep blue colour and clear water. The lake partly fills a 2,148 foot or 655 m deep caldera. It was formed 7,700 years ago, when the volcano Mount Mazama collapsed. The Lake has no rivers flowing into or out of it, and is filled by rain and snowfall. It is 1,949 feet or 594 m deep, and is the deepest lake in the United States. In the world, it ranks the ninth deepest lake.

Crater Lake is also known for the “Old Man of the Lake”. What was a tree now a log, that has been bobbing vertically in the lake for over a 100 years. The crater has two small islands, Wizard Island, which is a cinder cone and is approximately 316 acres, and Phantom Ship, which is a natural rock pillar.

Law of Attraction and Crystals – Use Healing Crystals to Manifest

Being Positive in a Negative World: Practical Tips For Everyday Life

Crystal Healing Guide for Beginners – Everything You Need to Know

Spiritual Symbols in Dreams – What Your Dreams Are Telling You