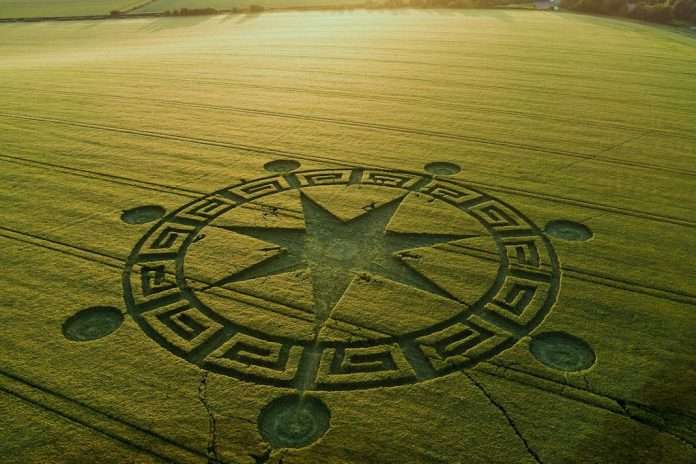 Are the yearly crop circles that appear all over the world especially in Wiltshire England every year… really created by alien extraterrestrial life and genuine or hoax? Well there are the true believes that they are very real. Then there are those who keep an open mind to the possibility, that they could be made by extraterrestrial visitors and their spacecraft.

Generally crop circles in appear from June to August, before the crops are harvested. It is not yet fully understood how there intricate designs are made. They appear out of nowhere overnight and attract a lot of media attention. Many flock to see these newly appeared crop circles. Believing aliens are giving us these signs as messages of their presence and existence.

Crop Circles Around the World

UFO Hot Spots Around the World

UFO sightings are another as of yet unexplained phenomenon in many cases. Some are true believes that we are being visited by extra-terrestrial beings from outer space… while many will put if down to some other unexplained phenomena. Such as, secret government experiments or testing.

It is for each of us to decided what we choose to believe is the cause. It is sometimes hard to imagine we are alone in the universe… there must surely be many worlds like Earth in the universe that could support life. Even if it were create by god or the divine and supernatural.

Where did God come from? Who or what created God?

Which pooch should you pick according to your zodiac sign

How the moon affects your sleep — expert tips

Spiritual Home Improvement – How to Use & Store Crystals at...

Which pooch should you pick according to your zodiac sign

Journal Prompts to Reflect on 2021 and Goal Setting Tips for...