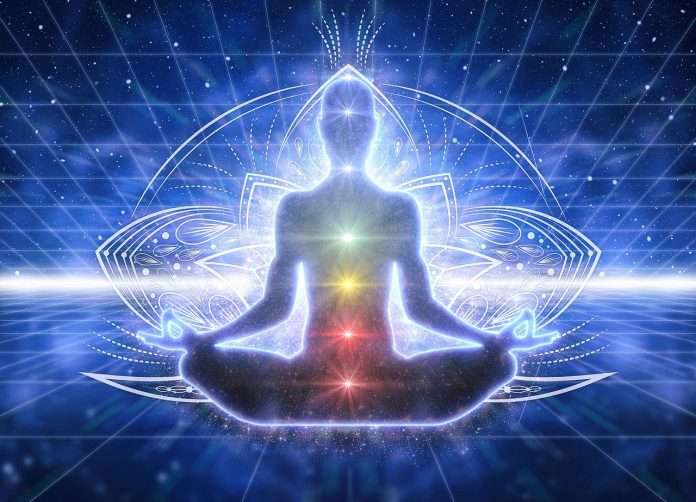 People who have never heard of Reiki may not realise that they talk about their chakras every day!

We’ve all heard someone say, “My boss is a pain in the neck”, or, “It made me sick to my stomach”. Physiological responses to emotions are a fact and Reiki practitioners and others who work with the subtle body energies understand how these interact within the whole person.

Sometimes a chakra focused response is a warning that danger is imminent – what we commonly call, “the gut feeling” about a situation or individual. Have you ever met someone who seems outwardly friendly and pleasant but you get the immediate feeling that something is “off” with them? Nothing that you can put your finger on but a strong instinct that they need to be kept at arm’s length? Never ignore this first impression (I’ve learned not to the hard way) as it comes from the subtle body which is never fooled by external appearances and words. This feeling often manifests as a sore or turbulent sensation in the solar plexus. It can be dulled by alcohol or drugs and this can lead us into unwise associations with people who will ultimately treat us badly.

Animals have a great instinctive response to meeting new people. If a cat hisses at someone or a dog cowers away or takes up a defensive stance, believe them!

I once had a surprise long-time-no-see visit from someone I’d attended University with. We chatted a while, then I went into the kitchen to make tea, leaving him on the sofa next to my usually agreeable cat. When I returned the cat was backed up along the sofa, spitting with hackles raised and I couldn’t understand it. Straight after tea, my visitor said they had to hurry off to catch a train and we said goodbye at he door. On returning to the sitting-room I found the cat staring at me and I noticed he was sitting next to my purse. There was £5 missing from it. That cat knew this visitor was no good before I did.

I must admit I was a little sceptical about the effects of Reiki 1 on the chakras and the ability to read them prior to my attunement. Having been a natural intuitive since childhood I considered myself pretty sharp at picking up information from people’s auras (obviously not in the case above) but was open to whatever evolved.

One of my part-time jobs is to invigilate exams at a local University. The majority of students are organized and respectful of the rules but we do get the odd case of silliness, such as candidates trying to hide notes in a toilet cistern and so on so we have to remain vigilant. One summer afternoon a pleasant looking young man approached me to double check which desk he had been assigned to. As he walked towards me I got the odd visual impression that there was a shadow (not his own) walking alongside him. It was dark grey and human shaped but with no discernible features and seemed to have latched onto him, for want of a better description.

I reminded him to hand in his mobile phone and, as he took it from his coat pocket a tin fell out and the lid sprang open. It was full of cannabis and papers. The senior invigilator had to be alerted and the situation was dealt with according to procedure. It wasn’t so much the fact that the student had bought a still illegal drug into the exam room but that he seemed to have also brought something else . There is ample material in studies of psychic vampires that hang around eager to extract pleasure from the less salubrious habits of the living. I have never seen that phenomenon before and don’t especially want to again.

A more pleasurable experience with heightened sensitivity occurred in May this year when I and my partner attended the Hare Krishna Juggernaut parade and feast at a green area in the city centre. I was desperate to get some sunshine after a severe cold and we spotted this event on Facebook.

The venue outdoors was ideal – sunny and warm and the smell of (free) vegetarian food was very tempting. We spent some time looking at the brightly coloured carts carrying the huge Krishna deities in their finery but I still had stomach ache and couldn’t face anything to eat.

Bending down to look at a small Krishna figurine on one of the little stands full of flowers, I inhaled their scent and said, “Hello”, as I was unsure what else to do. Suddenly (out of the blue, you might say), the stomach ache in my middle just dissolved, together with the heavy heart I’d had for a few days. I saw with my inner eye a blossoming, tiny blue flower right in the centre of my solar plexus, just as some monks began chanting and dancing. The whole day – and I -felt wonderful, uplifted beyond measure.

There are numerous images of this flower on line and it looks exactly like the flower I “saw”. It is used in natural remedies for anxiety, digestive problems and asthma – all of which I had been suffering from and the cold had exacerbated. It is “coincidences” like this that keep me going on my spiritual journey and make me smile.

I hope this made you smile, too!

Even More Colour Meanings – What Your Favourite Colours Reveal About...

Spiritual Home Improvement – How to Use & Store Crystals at...

Journal Prompts to Reflect on 2021 and Goal Setting Tips for...