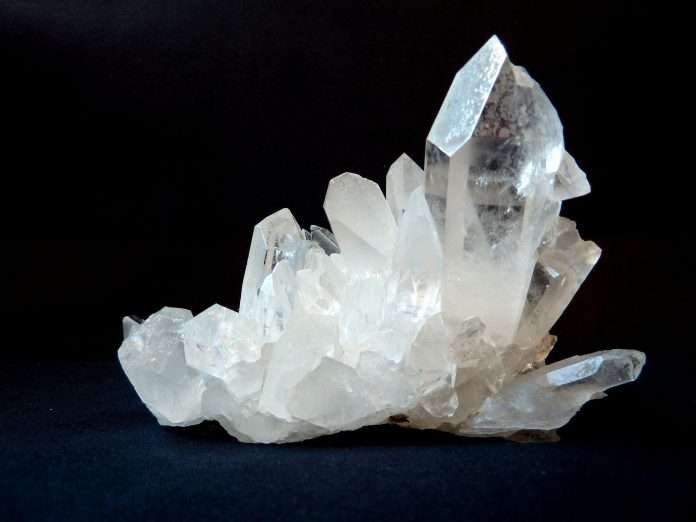 Crystals are truly incredible. Not only can they be used as decorative pieces around the home but they also have they ability to positively impact our lives. Crystals have a multitude of uses. Those uses include: protection, re-focusing the mind, balancing strong emotions, attracting prosperity, and even shifting or removing negative energy. Among other things! These stones are both powerful and sensitive. Which is why cleansing your crystals is such an important task. Every now and then, outside energies or stale energies will need to be cleared away from your stones. This is done to ensure the crystals work as effectively as possible. What about self-cleansing crystals? There are in fact crystals that do not require external forces (whether that be smudging, moonlight, or another cleansing method) to continue working properly. These four examples will help you cleanse and clear with ease.

The Importance of Self-Cleansing Crystals

There are several ways to cleanse and clear your crystals. While the most common method involves smoke from sage, palo santo, or something similar…crystals can actually be used to cleanse other crystals. It’s true! Certain self-cleansing crystals do not need to be cleared using outside items. As a result, those crystals can become a cleansing method all their own. They have the ability to remove unwanted energies and restore a crystal back to its natural state. The process can be done by placing a smaller stone (or a collection of stones) onto a larger crystal known to possess self-cleansing properties. Perhaps a handful of tumbled tiger’s eye left overnight on a larger piece of clear quartz, for example. Self-cleansing crystals are both convenient and effective at bringing your crystal collection back into balance and alignment.

Should You Cleanse Them Anyway?

There is a decent amount of debate surrounding self-cleansing crystals. Are they really self-cleansing? Should you cleanse them anyway just to be safe? Though it is widely accepted that certain crystals do not require cleansing, some crystal enthusiasts still believe a good cleanse is beneficial. (Read about different ways to cleanse your crystals here.) Certain stones have the ability to remove and transmute negative energy all on their own. However, it won’t hurt to give all of your crystals a good cleanse every now and then if your intuition guides you to do so. Even self-cleansing ones! While it may not be necessary to cleanse self-cleansing crystals, the ritual itself may give you additional peace of mind. It might also strengthen the bond between you and the stones in your possession. Always trust your instincts and do what feels right for you.

Four Stones to Cleanse and Clear

Most crystals are not self-cleansing. However, there are quite a few that are. Believe it or not, some of these stones may already be in your crystal collection. Don’t worry if they aren’t. All of the self-cleansing crystals on this list are relatively accessible and affordable. It won’t be hard to find a few of your very own at a nearby metaphysical shop or even online.

Easily the most well known is selenite. This high-vibrational crystal is incredibly powerful when it comes to healing. It absorbs negative energy and is known for its metaphysical strength. Selenite connects to your third eye and crown chakra – and is all about purity and removing energetic blockages. Ranging in colour from orange to white, this crystal has the ability to align the chakras and raise your energic vibration. Additionally, this is a dynamic self-cleansing crystal. According to an article about selenite, selenite is believed to be made from “rays of divine light.” This allows it to take on any and all negative energy and immediately release it to the heavens.

Another option for self-clearing crystals is clear quartz. It is often referred to as the “master healer” stone…and for good reason. It is easily programmable and works well with manifestation. Clear quartz connects to all of the chakras but has an especially strong connection with the crown chakra. It is powerful, versatile, and healing. This crystal is also extremely protective against negativity and strengthens the connection to your highest self. Since this particular crystal is so strong, it is ale to clear away built-up or stored energy in other crystals. This is especially beneficial if you need to cleanse water-soluble stones or more fragile stones. Raw, tumbled or shaped, clear quartz is incredibly valuable.

If you don’t have selenite or clear quartz in your crystal collection, that’s okay. Citrine is another example of a self-cleansing stone. It is best known for its manifestation power as well as its ability to boost imagination and personal will power. Citrine is comforting, energizing, and is stimulating to all seven chakras. Additionally, citrine is wonderful for cleansing and clearing. This is often called “the stone of joy” as it is connected to lightness and happiness. Citrine is able to clear out the negative energy in another crystal – and turn that negative energy into something positive. It is both uplifting and transformative.

Last on the list is kyanite. This is a unique crystal as it is both energizing and grounding at the same time. That makes is especially useful for meditation. Kyanite is able to bring the chakras into alignment and balance out yin-yang energy with ease. This stone is typically blue but can also come in shades of green, orange, or may even be clear. Known for being both calming and tranquil, this is a wonderful option if your emotions are high. If that wasn’t enough, kyanite is also effective at working through energetic blocks. It is believed that kyanite does not need to be cleansed because it doesn’t build up negative vibrations. Rather, it filters out negative energy.

Don’t want to cleanse your crystals? You might not have to. These self-cleansing crystals don’t require outside cleansing – and make it easier to remove unwanted energies from the rest of your collection. What are you waiting for? Add selenite, clear quartz, citrine, or kyanite to your crystal wish list today.

Stress Relievers to Tackle the Busiest Time of Year

The Best Fall Crystals – Use These Stones for a Memorable Season

Buying Crystals Online – Tips to Shop Smart and Get What...

Trouble Sleeping? How to Get a Better Night of Rest

What is Candle Magic and How Does it Work?

Stress Relievers to Tackle the Busiest Time of Year

The Best Fall Crystals – Use These Stones for a Memorable...